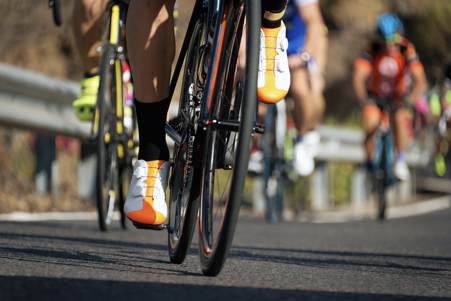 It has been discussed many times before that this year, the route for the Tour de France is advantageous for those who are great climbers. The cyclists this year that will be contending for the coveted Yellow Jersey will more than likely be a previous winner or holder of the Polka Dot Jersey (for the cyclist who gains the most points for reaching the mountain summit first). The mountainous stages of the Tour de France often are the cause of upset in the positioning’s, with riders proving if they’ve got the stamina or not to reach the end. Which is why this year, the last six stages could change absolutely everything, with three being mountains, two flat and one hilly stage, there is so much room for error towards the end of the tour, the Yellow Jersey could almost be anybody’s. Find all the latest odds here with Betfair tour de France 2019.

Stage 16 in the tour comes after the second and final rest day. It is due to take place on July 23rd and will be 177km long, starting and ending in Nîmes, through some valleys in the South Eastern region. It’s a very scenic route where the majority of it is flat with the highest elevation being 269m and a maximum climb 1.8km long at 4.2%. There is a sprint section at kilometre 65, so it will be interesting to see who manages to take advantage of that so close to the final three mountain stages.

Stage 17 is a hilly stage, not quite as challenging as a mountain stage but it still requires a quick pace like the flatter stages. This stage starts in Pont Du Gard and finishes up in Gap, going through small towns on the way but mainly it’s a single road in the countryside. The sprint section is at Vaison-La-Romaine (62km in) where the elevation only raises by 19 metres.

Stage 18 is where the final mountain stages begin. Starting in Embrun and finishing in Valloire after 208km of terrain, the first of the summits stands at 2,109 metres, the second at 2,360, and the third and largest, 2,642 metres. Each of these summits has a downward slope on the other side, meaning that the cyclists will be going up and down throughout the day as opposed to staying high up along the mountainous range.

Stage 19 is the second of the final mountain ranges. Due to take place on July 26th, the 126.5km route will begin in Saint-Jean-de-Maurienne and end in Tignes. The start of the stage sits at 585 metres and ends at 2,113 metres, with the highest peak being 2,770 metres. The majority of this stage is one uphill battle, with smaller downward slopes in between but ultimately it is the race to reach the summit and then a short quick descent into Tignes.

Stage 20 sees the final of the mountain stages in the Tour de France 2019. The stage from Albertville to Val Thorens covers 130km of incredible climbs and downhill slopes. The first peak is the most brutal, starting at 721 metres 15km in and reaching 1,968 metres high 36km in, which means the cyclists will need to climb a huge 1,247 metres in a mere 21km and that’s only the first summit! The stage ends at the top of the third and final summit of 2,365 metres with a 5.5% gradient the entire way up! Possibly one of the most challenging stages, this one will really separate the competitors!

The final stage is flat from Rambouillet to the Avenue de Champ-Élysées in Paris, this 128km stage will be welcomed by most. The cyclists will travel to their start point via arranged transport as opposed to cycling, where they will then follow the flat all the way into the heart of the city of Paris. The final sprint section will take place 89.5km into the route, but who will we see coming into the final sprint of the Tour de France 2019? Will the riders have it in them to pull out some last-minute energy, or will those last six stages defeat them beforehand? It’s anyone’s tour now!