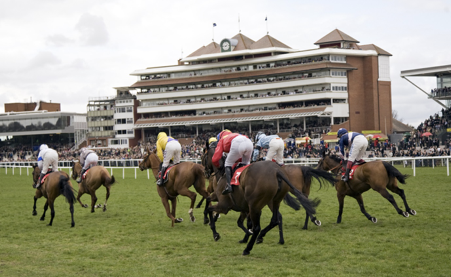 The Cheltenham Festival is just a month away and the excitement is starting to build ahead of the four-day meeting at Prestbury Park. Thousands of people will flock to the Gloucestershire race course for the action-packed festival, which plays host to the Champion Hurdle, the Queen Mother Champion Chase and the Gold Cup, and punters all over the country are already scrambling for form guides and looking for the best 2020 Cheltenham betting odds.

One market that has already proved popular with horse racing fans this year is the Top Festival Jockey betting odds, and Irishman Paul Townend is getting heavily backed by the punters.

Last year’s Gold Cup-winning rider is currently 15/8 to scoop his first Top Jockey award and the punters are taking advantage of the seemingly generous odds.

The 29-year-old is now champion trainer Willie Mullins’ number one jockey since the retirement of Ruby Walsh last year, and the County Cork native is set to saddle up some of the best horses at the festival this year.

Walsh won the Champion Jockey award 12 times during his illustrious career and picked up 11 of the last 19 Top Jockey awards at the festival, winning a whopping 46 races at Prestbury Park since the turn of the millennium, so it’s no surprise that the punters think Townend can follow suit under Mullins.

Since the start of the year the Irishman has had the majority of the backing in the market with 22% of all bets placed on him picking up the sought after award, whilst Rachael Blackmore is next in line with 18% of the bets – despite being fifth favourite in the actual betting.

Townend will ride red-hot favourite Benie Des Dieux on the opening day of the meeting in the Festival Mares’ Hurdle, and following the nine-year-old’s huge 21-length victory in the Galmoy Hurdle at Gowran Park last month, he is widely expected to win – hence the 8/11 odds.

On the second day, the 29-year-old will saddle Chacun Pour Soi, who picked up a solid win in the Dublin Chase at Leopardstown at the beginning of February, in the Queen Mother Champion Chase, and the eight-year-old has a great chance of beating Cheltenham legend Altior and Defi Du Seuil.

The penultimate day of racing could be one to remember for Townend, as he could pick up three Grade One victories with veteran Faugheen in the Novices’ Chase, Min in the Ryanair Chase, and Benie Des Dieux in the Paddy Power Stayers’ Hurdle.

On the last day of the festival, the Irish duo are expected to win back-to-back Gold Cups with Al Boum Photo – who broke Mullins’ Gold Cup duck last year whilst being ridden by Townend – the favourite to land the famous trophy consecutively.

Fellow Irishmen Davy Russell and Barry Gerraghty are next in line for the Top Jockey prize at 3/1 and 9/2 respectively, whilst Blackmore, who rides for Henry De Bromhead, is heading into the festival in fine form and can be backed at 11/2, best price.