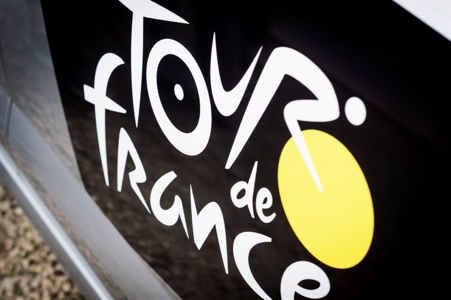 The Tour De France isn’t just about solo performance, there are a total of 22 teams as well. The teams consist of nine cyclists who are selected from a larger group of teammates. Working as a unit, each rider has a different responsibility on what they need to do for example there would be a sprinter, leader and a variety of support riders. Let’s take a closer look at how the top five teams are getting on and if you think you can predict who’ll win team classification this year, visit: https://www.paddypower.com/cycling/tour-de-france-2019

As of stage six of this year’s Tour de France, the teams still remain close on times with nobody too far behind, although we are yet to face many difficult terrains. In fact, between 1st and 17th, there is only a gap of 8 minutes and 55 seconds, something a flat tyre or crash could easily disrupt, it is still anybody’s race.

Currently contending for the Yellow Race number, being the fastest team to complete the course are Team Jumbo –Visma, Team Sunweb, EF Education First, Team Ineos and Groupama – FDJ, all cycling within two minutes of each other. When it comes to the more difficult stages, these times will slowly separate, leaving the slower riders behind with the best swiftly moving ahead.

The current leaders, Team Jumbo-Visma from the Netherlands represent the Dutch National Lottery and have been sponsored by Rabobank for a long time. Collectively they have won 17 yellow jerseys in their time, as well as 53 stage victories and six other races. Unfortunately, they are yet to have a final victory at the Tour de France, but could this year be the one? So far Wout Van Aert is sitting second in general classification, 14 seconds behind leader Julian Alaphilippe but is leading in the Best Young Riders category. This team field one of the best sprinters in the world Dylan Groenewegen, as well as Steven Kruijswijk who, with a daring move, put Team Ineos on the back foot at the Col de la Croix de Fer.

Team Jumbo-Vista are very technical and possess a lot of speed behind them, making them a great threat to winning the race. Most of the team comfortably sit towards the front of the Peleton but with stage seven on the horizon, containing a 230km ride to Chalon-sur-Etienne, anything can happen.

As all the teams battle it out, it is important to note all of the support staff that goes into helping them ride as smoothly as possible. One of BMC Racing’s staff said that they had brought 17 staff, 10 vehicles, 27 road bikes, 2,000 bottles, 400 musettes, 1,000 energy bars, 1,500 energy packs just to support nine riders. That is excluding the kit that each individual rider has!

It’s early days for the teams, and as the stages become more difficult and each rider settles in more, a split will start to develop in the rankings.