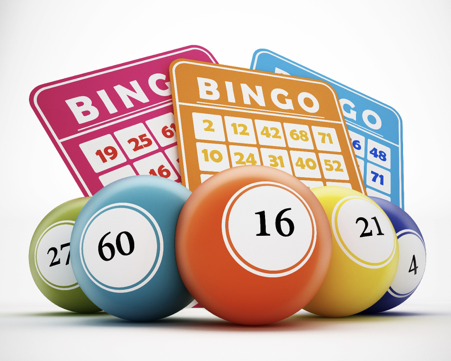 It doesn’t matter whether you play at a dedicated hall or the convenience of playing online, bingo is still popular. Although it’s a sociable pastime, let’s be honest, the main reason we play is to win a bingo jackpot prize. While this may be a dream for many, for these lucky winners it became a reality. Let’s take a look back at their stories.

In March 2008, Soraya Lowell scooped £1.2 million. The cleaner from Hamilton in Lanarkshire was playing at her local Club 3000 bingo hall with her neighbour and friend Agnes O’Neill. The pair were playing the National Bingo Game when Soraya scooped the Platinum jackpot. The friends had made a pact to always split their winnings, so lucky Agnes went home with over £500,000!

Soraya vowed to return to work despite her win, but also added that her two eldest children wanted convertibles, even though they hadn’t got their driving licences yet. Agnes added: “I have had a rough time the last three years. I have been very ill and Soraya has cared for me which meant my husband did not have to retire early. She has been wonderful to me. What she has done for me is absolutely something else.”

In a tragic turn of events, Agnes died at home two months after the win, while the Lowell family filed for bankruptcy.

Two months earlier than the previous win, Christine Bradfield won big. The shop assistant was playing bingo with her sister-in-law at Castle Bingo in the Welsh town of Merthyr Tydfil, like they had done for the last 11 years. They too were playing the National Bingo Game, winning the Platinum jackpot in the process – an incredible £1.1 million.

The pair always share their winnings and Christine said: “I wouldn’t dream of doing anything else. Lorraine is family and best friend as well. We’ll enjoy the money twice as much by sharing it around – we’ll go on a cruise together.”

She added: “I love playing bingo and have been playing it since I was 18. I’ve had a few nice wins over the years but nothing anywhere near this. I couldn’t believe it when they told me it was believed to be the biggest in the world.”

In June 2012, Lisa Potter from Oxfordshire was so fed up of her husband’s obsession with Euro 2012 that she decided to play online bingo instead. Little did she know that spending £5 on bingo cards would soon turn into £1.3 million!

Terry was engrossed in the Spain v Republic of Ireland game and Lisa had had enough. Talking about the experience, she says: “I had a spare minute and wanted to get away from the football, so decided to log on. As soon as I saw the size of the jackpot, I thought it was worth a go and I couldn’t believe my eyes when it said I’d won. I can’t remember much after that – it’s all a blur. My kids came into the room and we all started screaming. I’ve given them a day off school and we’re all still running around today – it’s like a madhouse in here.”

We bet she won’t moan at her fella for watching the football again!