Who will win France Ligue 1? 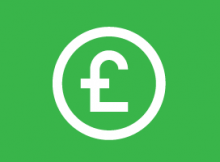 With the massive financial muscle of the Qatar Sports Investment Authority snapping up talent like Neymar and Kylian Mbappe for unheard of prices last season, it was a no-brainer as to who the French champions would be. While the main objective of the Paris Saint-Germain management is to win the coveted UEFA Champions League, their money splurge has created a side which looks at least impossible to beat in Ligue 1. The MNC (Mbappe-Neymar-Cavani) combine is expected to provide the winning thrust upfront while the midfield is packed with names like Angel Di María, Julian Draxler, Adrien Rabiot and Marco Verratti. The defence looks solid marshalled by the indefatigable Thiago Silva, Marquinhos and Dani Alves. Of some excitement at the Parc de paris is the arrival of the legendary Italian goalkeeper Gianluigi Buffon from Juventus. 40-year old Buffon complements a defensive that could be touted as the best in the business. At odds of 2/17, PSG are rank favourites to take the Ligue 1 title for the 2018-19 season.

At a distant 14/1, Lyon are the second contenders for the French title. Although spending €58.5 million, Lyon have chosen to stay away from buying significant names. They already have in their ranks players like Memphis Depay, Nabil Fekir (who was really good at the WC 2018 for France) and Mariano who can pack a punch, scoring 55 Ligue 1 goals between them last season. On the back of the much-improved French duo Fekir and Depay, Lyon are expecting to do better than the 3rd spot they achieved last season.

Marseille at odds of 14/1 are third in line to take the French title. Coach Rudy Garcia will be looking to Florian Thauvin to give the team the winning thrust. With 22 goals, Thauvin was one of Ligue 1’s top scorers in 2017-18. Apart from him, Valere Germain and Dimitri Payet are expected to give the attack further momentum. Marseille were placed 4th last season at 77 points, one point behind Lyon. This time around, both Lyon and Marseille are expected to benefit from a Monaco weakened by the exit of some of their key players.

Bookmakers are giving Monaco odds of 57/4 and fourth in line as far as contention for the French title goes. This is two notches below the 2nd place they managed in the 2017-18 season with 80 points. Monaco have been hurt by exit of significant names like Kylian Mbappe to PSG, Bernardo Silva and Benjamin Mendy to Manchester City, players that had helped the side win the 2016-17 Ligue 1 title. The only major player they have left now is their striker Radamel Falcao. Veteran Croatian goalkeeper Danijel Subasic between the posts and club old hands Andrea Raggi and Kamil Glik will form the bulwark of the Monaco defence. But all this is not likely to take them anywhere near the French crown this season.

While PSG will win the league the odds just aren’t worth it so let’s look to the top 3 betting market and the selection is Lyon.

Recommended Bet: Lyon to finish in the top 3 of France Ligue 1.