As we go into the remaining 2 games of World Cup qualifying, only 10 Nations are assured of a place at next Summer’s finals with 22 teams still yet to qualify. Belgium, Germany and Switzerland are in the strongest positions and will only fail to make it if they lose heavily in both matches.

The Swiss just need a draw away in Albania on Friday night to get the solitary point they require to finish 1st in Group E. Having not conceded a goal away from home in this qualifying campaign, and with all of those games ending in Under 2.5 goals being scored, I’d go for the Under 2.5 goal result at 1.67 Euro odds or 4/6.

Spain can top Group I with a draw and a win from their last 2 games (both at home), but anything less than that could see France sneak in front of them if they can beat Finland by a hefty scoreline in their final game at the Parc des Princes on Tuesday night.

Russia have Group F in their own hands if they can negotiate 2 fairly routine away games against Luxembourg and Azerbaijan while Bosnia and Greece are battling it out at the top of Group G on 19 points each. Greece have not let in any goals so far on home soil in Group G, and they play a Slovakia side on Friday who are very difficult to score against, having only conceded 7 from 8 qualifying games. I’d go fro this one ending in Under 2.5 goals at 1.67 Euro odds or 4/6.

In South America, Colombia are favourites for the 2nd automatic qualifying spot behind Argentina, and only need a draw at home to Chile to ensure their place in the top 4 and start booking their tickets to Rio next Summer. The 5th placed South American team will play a 2 legged play off against Jordan of the middle east. In Africa, a series of 2 legged play-offs, which conclude in November, will determine the 5 nations who will qualify from the continent – a similar format for the best 8 runners-up in Europe.

The European play-offs look like they will feature some of the usual suspects from past qualifying campaigns. Countries like France, Portugal, Greece, Turkey, Sweden and Croatia all seem destined for 2nd place in their respective Groups.

In Group H, 4 teams can either win or finish 2nd in the table, with England being the only side who can control their own destiny. A win against Montenegro on Friday night at Wembley would see them needing another victory, again at home, versus Poland on Tuesday night to ensure qualification.

England’s game’s against the top 4 Nations in this very tight Group have all ended in Under 2.5 goals being scored. Montenegro have proved tough opponents away from home in Group H, drawing 1-1 in Poland and winning 1-0 at 2nd placed Ukraine. Given Roy Hodgson’s conservatism and the likelihood of James Milner starting in one of the wide positions for England, I’d go for this to end in an Under 2.5 goal result at 2.05 Euro odds or 21/20. 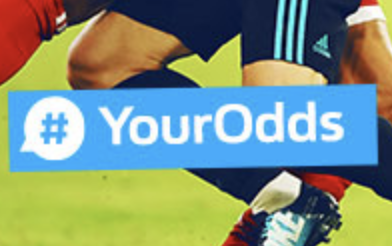 These days you can find a bet on almost anything and 9/10 times your bookie will have the bet you want to place. However for the more discerning punter who likes a complex bet William Read more… 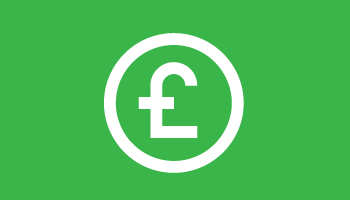 What is Matched Betting?

Matched Betting is a very interesting strategy that allows the punters to take advantage of the free bets or other types of promotions which are offered by the bookmakers. In many of the cases it’s Read more…

Coral is one of the biggest bookies in the UK, but as well as sports they have some fantastic games offers. Right now you can get a £50 bonus package when you deposit £10. Click Read more…