An interesting array of International fixtures begin on Friday night as England face Moldova at Wembley before travelling to Kiev on Tuesday to play the Ukraine, both must win games if Roy Hodgson’s men are to qualify automatically for the World Cup as winners of Group H.

The Moldova game will almost certainly be an Over 2.5, reflected in the atrocious odds on offer but the Ukraine match is trickier to predict; knowing Hodgson’s caution, an Under 2.5 goal result is probably more likely and the 1-1 draw at Wembley last September between the sides also points towards this outcome.

However, this time around there’ll only be two remaining qualifying games left for both teams after the final whistle on Tuesday night, so the possibility of a more attacking approach in search of the vital three points could lead to an increased goal tally.

To Group I then, where World Champions Spain face a much tougher-than-it-looks-on-paper trip to Helsinki this Friday, to play a Finland team they drew 1-1 with in Madrid back in late March. Finland are a very tough unit, they’ve scored four goals in five matches in qualifying but crucially have also only conceded four goals too. Second placed France managed to nick a 1-0 win away in Finland and I can see Spain doing a similar job here. Go for the Under 2.5 goal result at 2.2 Euro odds or 6/5.

Group F leaders Portugal have a similarly difficult journey to Belfast to negotiate on Friday, as they need to pick up a win to keep second placed Russia from overtaking them in the automatic qualifying spot. Windsor Park is not an easy place to get a result though; as the Russians found out themselves when Michael O’Neill’s men beat them 1-0 only six weeks ago in what was a gutsy and valiant performance.

Portugal needed a a late goal from Helder Postiga to grab a 1-1 draw against Northern Ireland in the reverse fixture at the Estadio do Dragao last October and I think they’re in for another tough game here, go for the Under 2.5 goal result at 1.91 Euro odds or 10/11. 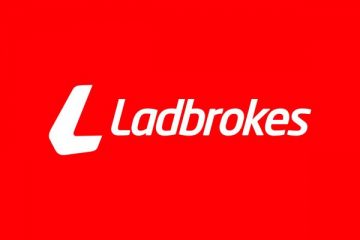